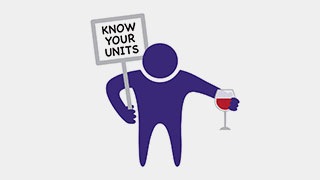 The UK Chief Medical Officer’s guidelines on low risk drinking recommend that adults should not regularly drink more than 14 units of alcohol a week. People who drink as much as 14 units a week are advised to spread their drinking over three or more days in the week. Women who are pregnant, or who think that they could be, are advised that it is safest not to drink at all.

The Welsh Health Survey in 2015 found that 40 per cent of adults reported drinking above the previous recommended daily guidelines, including around a quarter (24 per cent) who reported binge drinking. People, however, do not necessarily drink at these levels regularly. Around 15% of adults reported that they were non drinkers.

Figures from the Welsh Health Survey suggest that the proportion of adults drinking above guidelines and binge drinking has decreased since 2008, and that the decrease is more marked in men and in the younger age groups.

A recent report by Public Health England identified a number of ways that alcohol harms the health both of the drinker and those around them. The immediate risks of heavy drinking include alcohol poisoning, injuries, emotional and relationship problems. In the long term, drinking any amount of alcohol regularly increases the risk of a range of illnesses including breast and bowel cancer. For most people there are no health benefits to drinking.

Benefits of low or no alcohol: